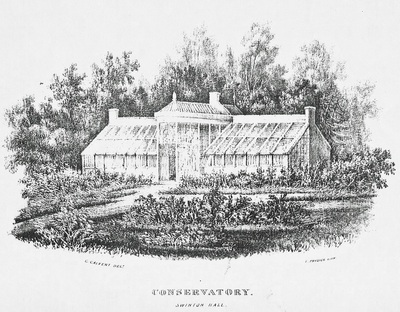 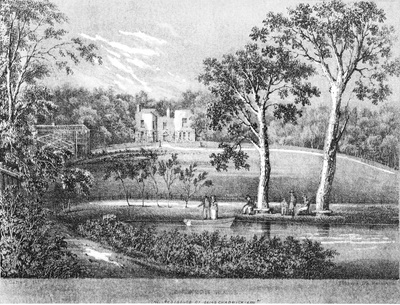 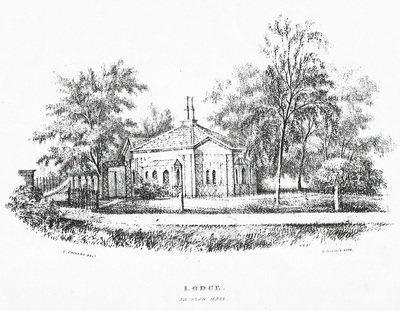 Swinton Hall was once the home of the Strettell family. The Strettell's of Swinton were Cotton Merchants.

James Strettell esq. owned Swinton Hall when the Duke of Cumberland marched through Lancashire and passed through Swinton on his way to Scotland. The Duke of Cumberland sent for provisions to Swinton Hall when his army halted in an adjacent field. The family of James Strettell esq. were hostile to the House of Hanover and became alarmed and surrendered all but the plate, they sunk that to the bottom of a deep well, which was under the house. Which remained there and the well was still used.

Presumably, it is possibly still buried there today!

They still lived at Swinton Hall in 1841 but had moved to Pudleston, Herefordshire, by the 1851 census where they remained until their death.
​
Elias Chadwick esq. succeeded his father in January 1834.

Around 1840 Elias Chadwick esq. had a new Swinton Hall built on the Strettell land in Swinton which he inherited
which is the one thought to be shown in the etchings above by Calvert Delt.

​The Chadwick family were originally from the Hamlet of Chadwick in Rochdale.

Chadwick Walk in Swinton took its name from the Chadwick family of Swinton Hall. 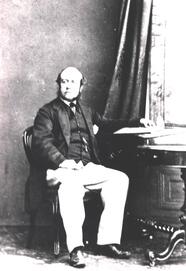 The Swinton Hall built by Elias Chadwick esq. was thought to have stood roughly to the side of where the precinct now stands, set back off Chorley Road, near the top of Clarendon Road/Swinton Hall Road. Roughly where Gloucester Hall stood.

As you can see on the etchings done by Calvert Delt dated roughly 1840 when the house was built Swinton Hall had a lake which was close to Chorley Road.

In 1868 Manchester Corporation laid on the water for Swinton.

This hall was pulled down prior to 1914.

A cotton manufacturer named William Slater b 1849 Salford, was living at this Swinton Hall in 1881 and was still there in 1901. The next house on the census being 50 Jane Lane, (Swinton Hall Road), which correctly puts Swinton Hall at the top of Clarendon Road, roughly where the Agnes Hopkins centre is now near to Swinton Hall Road. 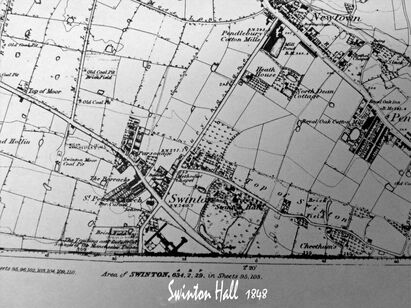 The area of Victoria Park Swinton was known as Old Swinton. (see the maps)

In 1855 a house and estate located at Old Swinton was owned by Richard Jennings Jones b 1808 London, he was a cotton manufacturer (Jones Brother & Co) and is listed as living at Swinton on the 1851 census with his wife Grace and family plus a Butler, Footman, Cook, Housemaid and Housekeeper. He lived at Gilda Brook on the 1841 census.

Also listed on the 1851 census two properties away from Richard Jennings Jones in that area of Swinton was a Alexander Liebert esq. b 1797 and his family. He is also listed in the directories as being a merchant of 13 Princess Street and of Swinton Old Hall. He died in 1859.
The 1851 census shows his family plus 8 servants.

The 1851 census only lists the address as Swinton so it is difficult to decide who lived at Swinton Old Hall in 1851 as next to it was Cheetham House. Local people told of Richard Jennings Jones living there.

The house which we have known as Victoria House was Swinton Old Hall. It is said there was a previous medieval house there but there is no documentation to prove this.

Mr Chadwick father of Elias Chadwick esq. was thought to have built Swinton Old Hall to which the date is unknown.

Robert Knowles bought Swinton Old Hall and had it completely rebuilt between 1859 and 1862.
The initials of R.K. could be seen in the mouldings of the entrance hall and the stables on Swinton Hall Road were thought to have been added at that time. 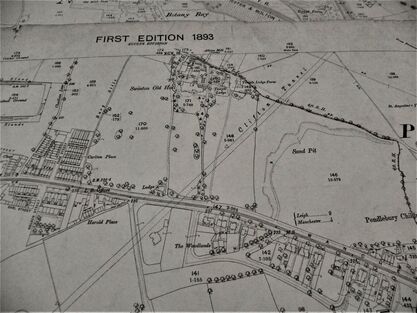 The house was used for many years as the Council Offices, the billiard room was converted into the Council Chambers. The first council meeting was held there on 14th September 1896. The council offices remained there until 1938 when the new town hall was built. Victoria house was then used for many years as a clinic and later as an Adult Education centre. Sadly, the house is now demolished, and a newly built nursing home in its place, but the park and lodge house still remain. 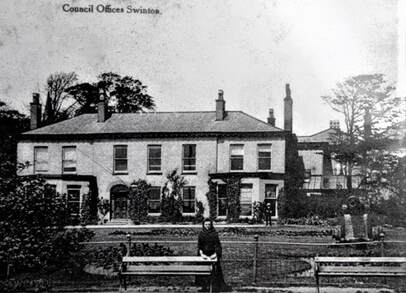 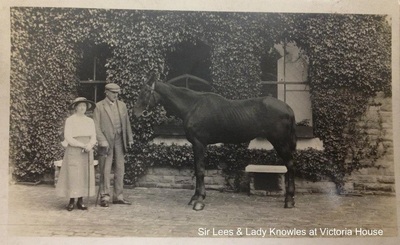 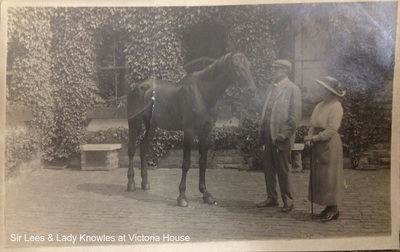 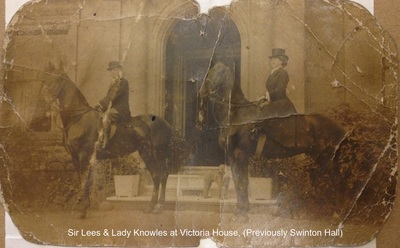 PLEASE NOTE:- If you wish to share any images/research from my website either contact me or post an acknowledgement link to my website. I am all in favour of preserving and sharing our local history.  It is therefore not my intention to infringe anyone else's copyrights. Research and photographs S.L.H.L Census, Newspapers, Books, Directories.