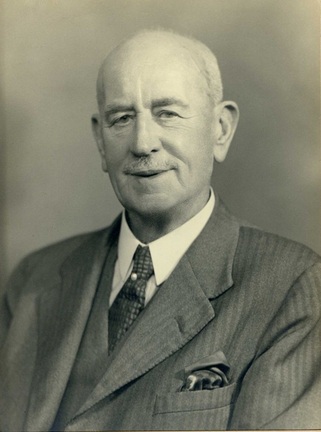 Jesse Wallwork was a close friend of the Earl of Ellesmere and his family. He was born on 28th May 1860 at Farmhouse, Pinfold, Hilton Lane, Worsley, and was christened at St Paul's church Walkden.

Jesse was the son of Thomas Wallwork and Mary Wallwork nee Bate.

See below for Jesse's family tree

Jesse's family had previously been living in Stainstreet, which in years gone by was a small hamlet of Walkden Worsley.  The cottages were built by the Duke of Bridgewater for his tenants and workers.

Jesse was the founder and Manager of Bridgewater Estates from 1923 until his death on 19th January 1951 at the age of 90 years. He was dedicated to the running of the Worsley Estates, coal mines and the famous Bridgewater canal. He refused to work anything less than a full day. Shortly before his death, he had been inspecting the estates in freezing snowy weather, as a result of this he caught a chill and only lived a few days longer. 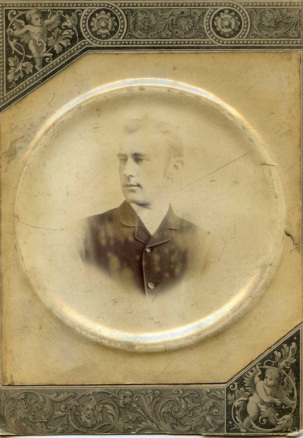 Jesse Wallwork in 1881 aged 21 years
It is clear that from a young age Jesse was destined for a career in the Coal Mining Industry. By the age of 21 years Jesse was already working as a surveyor of coal mines and estates. During that time he was living with his parents and siblings at Hilton Lane, Worsley. Jesse's father Thomas Wallwork had been employed as a coal mine manager and engineer for the Bridgewater Trustees for over 60 years.

By 1881 Jesse's eldest brother James Wallwork was the manager of a cotton mill, and his other elder brother Thomas Wallwork junior was employed as a general clerk.

Jesse served his articles as a civil and mining engineer under Mr. Thomas Berry, the father of Betsy Berry who Jesse later married. Jesse was appointed as the under manager to his father Thomas Wallwork at the Bridgewater Collieries.

In 1883 Jesse gained his Colliery Manager Certificate at Owens Colliery, Manchester. His examiner was Mr. J. Ridyard of Walkden Moor who was also a relative of Betsy Berry.

On 12th September 1892 Jesse started teaching mining classes at St. Paul's school and was granted £50.00 for apparatus by the Barton Authority. There were two groups. The senior, for managers had 34 on the roll, some from as far as Hindley. The junior class for firemen, had 20 on the register.

There was an advert in the local press dated 1st October 1892 which stated:-

Advertisement for: Walkden Technical Classes, include, Advanced Mining, teacher Mr J. Wallwork at St Paul's. Classes 7 to 9pm with fees of 5/- or 10/- for those out of the district.

In November 1892 Jesse was employed as a Mining Engineer and was appointed lecturer at the Haydock Mining and Mechanical School.

Jesse left Worsley and Walkden for ten years during 1895 - 1905 during which time he became manager for Haydock Collieries and later General Manager at the Collieries of Messrs. William Ramsden & Sons.

Jesse head hunted by
The Earl of Ellesmere

Jesse was head hunted by the 3rd Earl of Ellesmere in 1903 to be appointed chief mines agent of The Bridgewater Trust. On taking this post Jesse and his family moved into Drywood Hall Worsley in 1908.

Jesse devoted his life to the Ellesmere Estates Worsley as Lord Ellesmere's Chief Mining Agent, then Managing Director and later Chairman of Bridgewater Estates Ltd. He always gave his very best. He was the last of the higher officials who worked for the 3rd Earl and he never spared himself if there was something to be done.

Jesse knew every inch of the estates he was know for visiting the farms and estates of the Company gaining first-hand knowledge in order to be sure to solve any disputes that may have arisen.

In 1929 Jesse became a Director of Manchester Collieries Ltd, he was also a Past President of the Lancashire and Cheshire Coal Owners' Association.

Jesse was a close personal friend of the Ellesmere family.

For more information on the history of The Earl of Ellesmere and his estates please follow this link:-

Worsley - The Duke of Bridgewater - The Earl of Ellesmere

Jesse Wallwork and Betsy Berry were married on 9th September 1885 at Walkden Parish Church. Jesse's occupation was a Colliery Surveyor. It was reported that Betsy Berry of Hilton Bank wore a brown silk dress.

Jesse and Betsy came from families that were long standing important figures in the background of coal mining for the Worsley area.

Betsy Berry was the daughter of Thomas Berry an engineer, and Harriet Ridyard, both of Walkden Moor.

Harriet's grandfather James Ridyard was also a mining agent, coal mining and a connection to the Duke of Bridgewater had been in the family for generations.

Some notable Ridyards in the press.

John Ridyard died on 16 February 1858 aged 76. He had been in service for the Duke and the Trustees for 64 years, 23 years as a collier, 11 years as an underlooker and 30 years as Collieries Agent, up until the day of his death. John Ridyard lived at Jackson Fold for the last 30 years of his life.

John Ridyard married Margaret Lindsay. He was known as the t'owd maisther and worked with James Brindley. 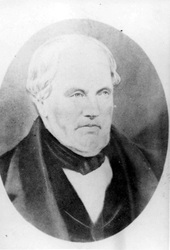 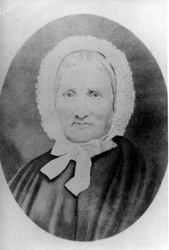 Thomas Ridyard retired on 22 February 1865 after 28 years as Landlord of the Stocks, Walkden Moor. On the return of his youngest daughter from her honeymoon, he gave the entire business to his new son in law Mr. W. Challinor.

March 4th 1865 saw the funeral of Richard Ridyard, Senior, aged 58 of Boatshed, Walkden Moor, who served for 40 years with the Bridgewater Trustees as an engineer.

November 8th 1873 reported the death of James Ridyard, Mining Engineer, aged 69 who had been employed by the Bridgewater Trustees since commencing as a drawer in the mines at the age of 8 years.

On September 12th 1885 the marriage of John Ridyard, Chairman of Little Hulton Local Board, to Ellen Young of Oakwood was reported. It was intended to be a private ceremony, but the secret was leaked and a large crowd filled the Walkden churchyard.

Thomas Berry was the first man to register births deaths and marriages in the Worsley Barton Upon Irwell area. 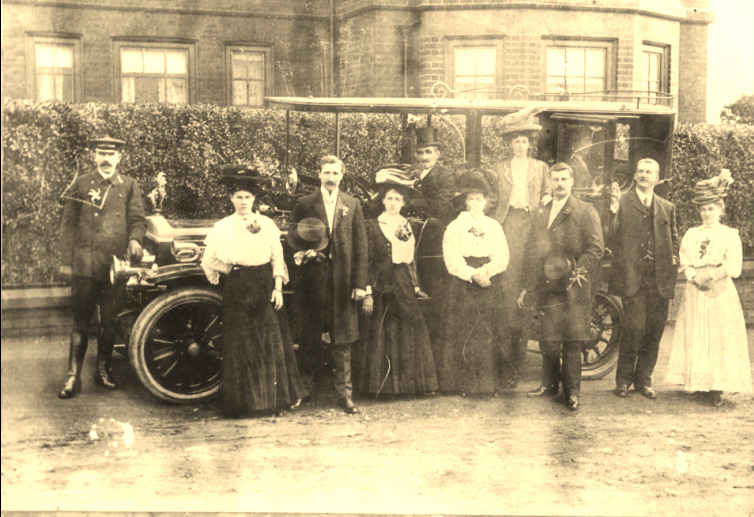 had the following children:-

Douglas Wallwork was killed in shaft No 2 at The Newtown Pit Pendlebury, on 20th May 1928 during the miners strike. There was question as to whether he was pushed.

Herbert was killed at High Wood, The Somme on 20th June 1916 aged 23 years Herbert Wallwork was a Lieutenant in the 20th Battalion of the Royal Fusiliers. He is remembered with honour on the Thiepval Memorial According to the letter sent to Jesse Wallwork Lieutenant Herbert Wallwork was killed on the night of 20th July 1916. He was hit just before the battalion was relieved after a very trying 30 hours or so of fighting for an important position. From all accounts he was perfectly splendid during the action. He was a bright cheery lad who kept the older officers in the "C" Coy. mess feeling young. 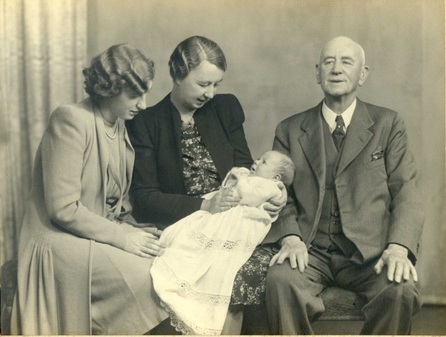 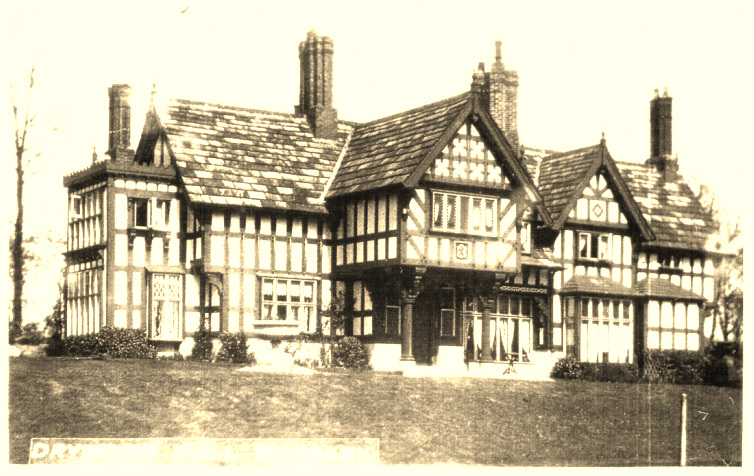 Drywood Hall from the Frank & Elsie Mullineux collection.
Drywood Farm was home to the Massey family who married into the Worsley family, they became tenants of the manor. Seventy acres of land went with the property. Drywood Hall was a farmhouse that was rebuilt at the end of the nineteenth century.

Drywood farmhouse was in the hamlet of Drywood, it had been farmed for 300 years by the Lansdale family.

Drywood was within the estate in Worsley which belonged to the Duke of Bridgewater.

In 1820 Drywood was tenanted by John Manley

The Bridgewater Trustees sold Drywood in 1878 to Robert Jonathan Wood J.P. of Birch Middleton a Manchester Calico printer. Drywood was sold with a reserved chief rent of £100-12-6 per annum payable to the Bridgewater Trustees. There was also a covenant that Mr. Wood should spend no less than £700 on improvements. Mr. Wood rebuilt Drywood Hall with some of the old farm buildings retained to the rear.

Mr. Wood fell into financial difficulties and let the Hall to Captain Tailby.

Drywood Hall was later bought back from Mr. Wood by the Bridgewater Trustees for the sum of £1500

After 1897 the Hall was let to John Rigby Murray, a Barrister.

Jesse Wallwork moved into Drywood Hall in 1908 he lived there until his death in 1951. Jesse's widow remained there until 2nd November 1951.

The Hall was bought by the Parents Association for use as a school on 9th April 1952 when it became Bridgewater School, which is still open today. 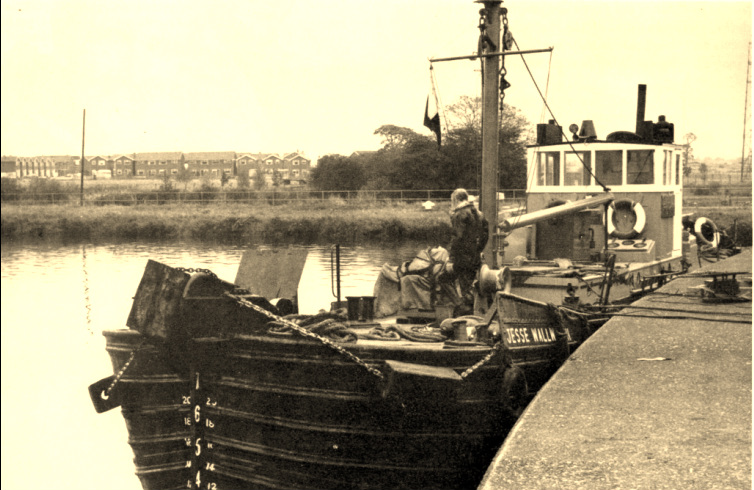 Image from The Frank & Elsie Mullineux Collection
For many years the barge was owned by the Upper Weaver and Mersey Navigation Company. In 1975 it was sold to the Manchester Ship Canal where it was the support vessel used by the company's divers. The barge was later sold to Salvesen Driving Co in Liverpool. The Jesse Wallwork was renamed Sun Risen it was registered in Liverpool as a house boat and kept at the Iron Wharf boatyard Kent.

Jesse Wallwork and George Orwell in 1926 Isle of Man 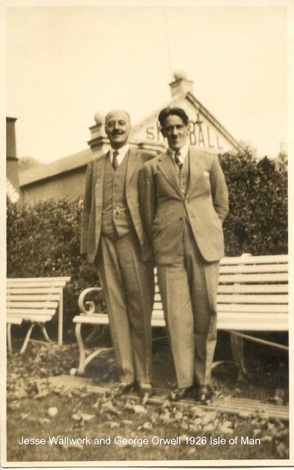 A press report states that Thomas was in service for the Bridgewater Trustees for over 60 years as a drawer and collier, underlooker of the Peel group of collieries from 1844 became assistant to J. Ridyard in 1861 as underground manager to all the trustees pits and from 1871 had management of Linnyshaw, Bridgewater and Mosley Common pits.

Thomas was also the church warden at St Paul's Walkden.

Thomas acted as a regular peace maker between the men and management, he was an arbiter in piece work prices. 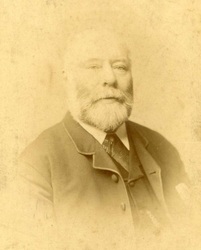 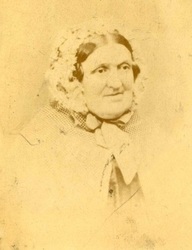 Thomas and Mary were Married in late 1855 at Eccles Parish Church St Mary's. 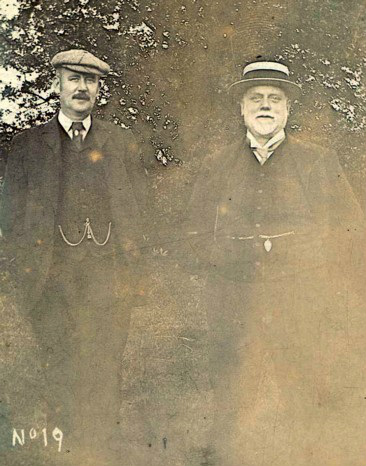 Jesse with his father Thomas Wallwork
Thomas had been married twice prior to marrying Mary Bate.

His first wife was Maria Lloyd

They had the following two children:-

Ann was baptised at St John the Evangelist in Farnworth with Kearsley on 3rd March 1833.

Thomas's second marriage was to Lydia Lloyd, probably the sister of Maria Lloyd. Thomas and Lydia were married on 1st January 1840 at St Mary the Virgin Deane.

William was born about 1786 in Tyldesley he married

William was listed as a coal miner on the 1841 census and was living at Virgin's Inn, Dean, Black Leach Little Hulton

William and Ann Wallwork were the grandparents of Jesse Wallwork and parents of Thomas Wallwork.

William's parents are thought to have been Thomas Wallwork born about 1855 and Mary Yates.

Written and compiled by Lizzie Leek

I would like to acknowledge and thank Glen Atkinson

local historian and author of many local history books, for educating me on Jesse Wallwork and providing me with the relevant documentation to make this webpage possible.

other sources of information
Census, BMD, Parish Registers, Newspapers,
Books on the local history of Worsley and the Canal Duke.

I do not claim copyrights to any of these photograph's they are all from
The Frank & Elsie Mullineux Collection.