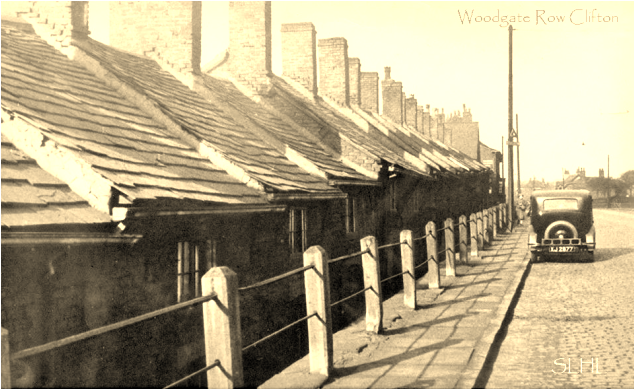 It was noted in an old Clifton diary that in 1745 “Bonnie Prince Charlie” on his way to recapture the throne of his father, the Old Pretender, led his army across the Irwell and coming on to the highway in the region of Dixon Fold and Church Walk, encamped his men on the Wardley side of the moss while he and his staff made their headquarters in the cottages at Woodgate.
The cottages at Woodgate Row were known as Blue Bonnet Row up until the late 1800s.

It was a tradition of the tenants living in Woodgate Row to hand down the story of Prince Charles Edward Stuart's stay in the cottages from tenant to tenant of the cottages.

A chap named John Parker who was born at “Blue Bonnet Row” was asked why the cottages were called Blue Bonnet Row and replied that his grandfather said it was because the Scots taught the people living there to sing the song “Blue Bonnets over the border”.

The Jacobite troops are said to have camped on Wardley Moor, which was known locally as “Rebels' Field”, due to the Rebels staying there on their return to Scotland. 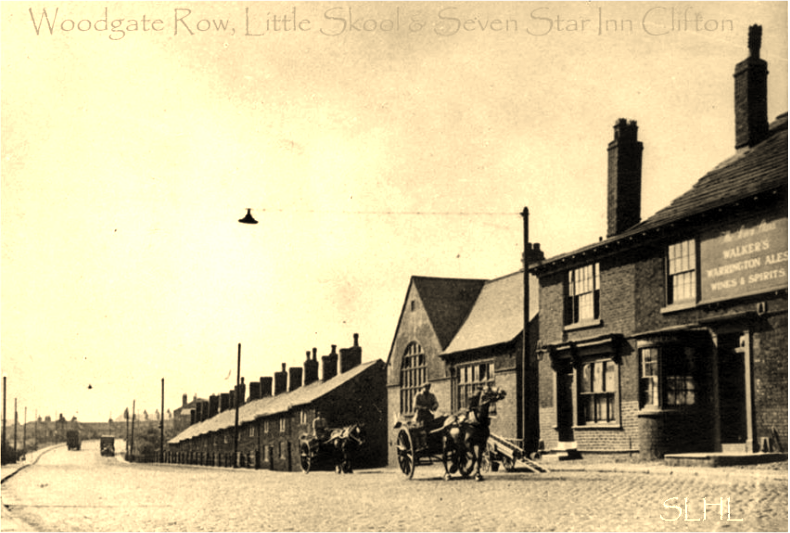 PLEASE NOTE:- If you wish to share any images/research from my website either contact me or post an acknowledgement link to my website. I am all in favour of preserving and sharing our local history.  It is therefore not my intention to infringe anyone else's copyrights.