History Of The Wallwork Surname 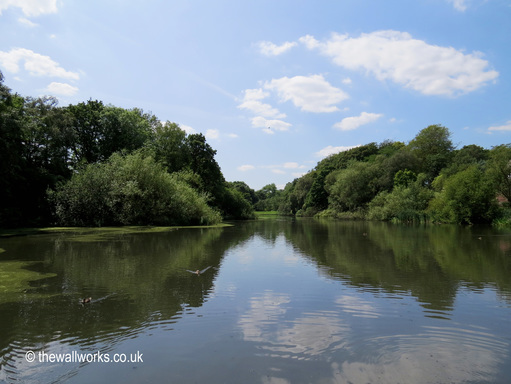 The Old Warke Dam area in worsley was shown in old documents and know as "Le Wallwerke" which suggests a deffensive earthwork Wallwork is one of the earliest surnames recorded in documents in Worsley. The area is now know as just Warke. The area of "Le Wallwerke" Old Warke spread from Walkden Road to Mill Brow and from Kempnough brook down to the church and Delf. This was Prior to 1764 when Lord Ellesmere had a map drawn up of all his land and prior to Worsley Old Hall standing on the land. After Worsley Old Hall was built the area then became known as Old Warke.
By 1705 The Cooke's held Old Warke.

There was a William Wallwork recorded on an assize roll in Worlsey in 1278.

That is the earlist Wallwork recorded I have come across to date.


There was a Thomas Wallworke listed as church warden’s for Worsley in 1713 and again in 1714.

Also listed in an Eccles Church Ley for Worsley, cira 1696 was a George Wallworke as having 1 d

The name Wallwork can be traced back to the middle ages, and is of Anglo-Saxon origin.

In the Medieval Records of Lancashire the first recorded spelling of the family name was that of:-

Other recorded spellings and examples of the surname include:-

The marriage of James Wallwork and Eleanor Boardman was recorded in Eccles, Lancashire on February 1st 1583

The records show that going back to 1700 our main Wallwork blood line  along with the other family branches of Wallwork's were definitely from Lancashire.

it is also believed that the Wallwork name  had connections to surrey.
www.thewallworks.co.uk
2005
contact email wallwork.history
Research and written content © Wallwork History
PLEASE NOTE:- If you wish to share any images/research from my website either contact me or post an acknowledgement link to my website. I am all in favour of preserving and sharing our local history.  It is therefore not my intention to infringe anyone else's copyrights.